Hamicha: "I hope fans can see me fight again after this summer"

We sat down with number one ranked Welterweight contender Hamicha. The Moroccan kickboxing talent, who finished all his four GLORY fights in the first round, gives an update on his current status and talks about his future plans.

How are you doing?

I am good. I’m doing Ramadan in Morocco now. I have been fasting here since the beginning of Ramadan. I'm having a lot of fun here so I'm doing very well. I am in the process of rehabilitation because of an injury. I had surgery a while ago. I am now in the middle of my rehabilitation process and that is going very well. Better than expected.

When do you expect to come back?

I think I'll be 100% in the summer. As soon as my health allows it, I want to be back in the ring. I hope fans can see me fight again after this summer.

How do you look back on your GLORY career so far?

I'm undefeated in GLORY so that's good. I managed to win all my fights in the first round. I think that's a great achievement and I would like to keep it that way. When I start fighting again, I don't assume that I'll win in the first round. Of course, I expect to win. The sooner the fight is set, the better.

All four and the very best is yet to come. That's when I win the title. 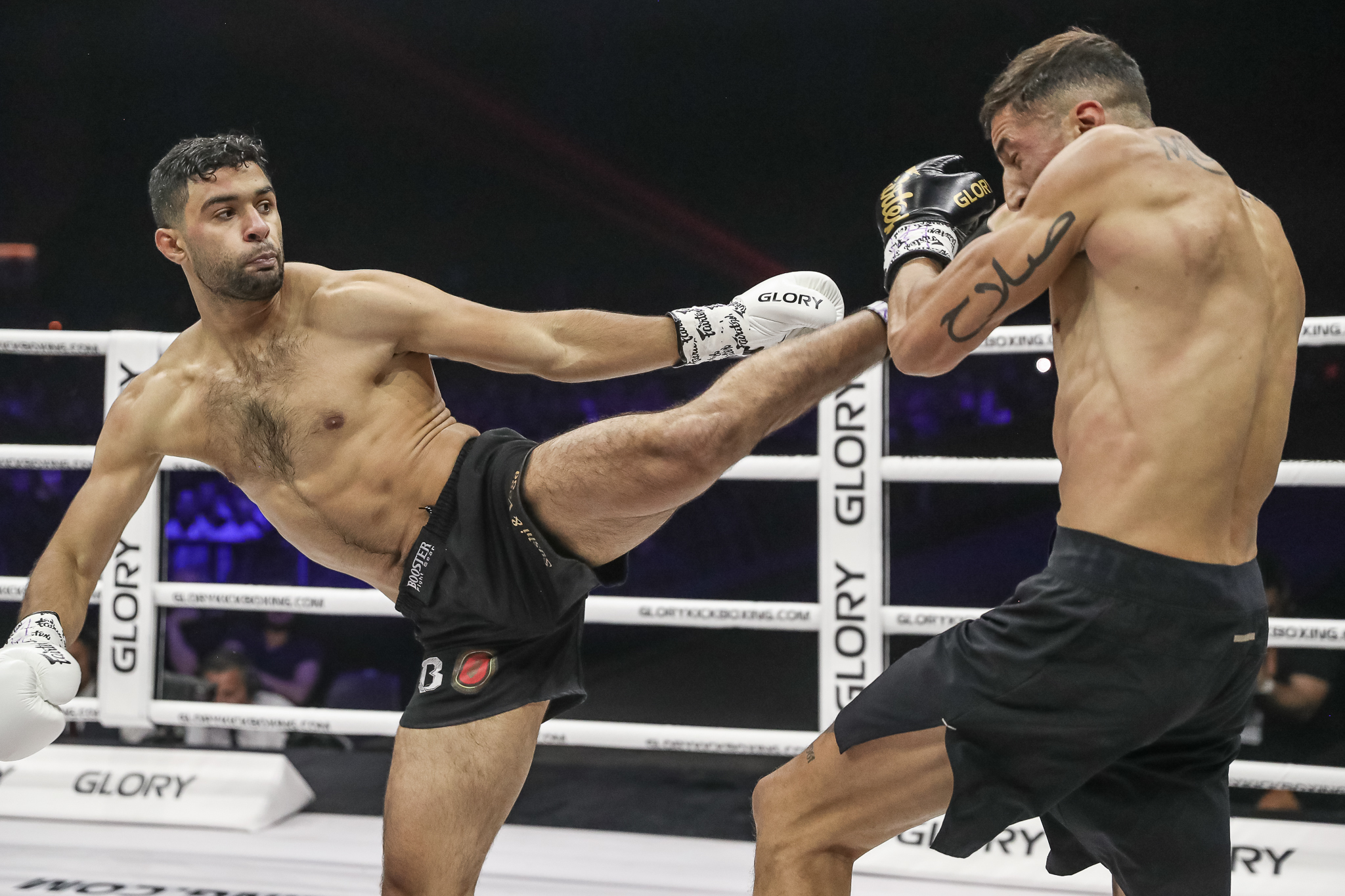 What fight are you looking forward to?

I think a fight against Alim Nabiyev or Dmitry Menshikov. I don't really have a preference. I just want to fight for the title. Win the title and keep going. I think Menshikov is a good fighter and strong. Boxing very, very strong. But a fight between us would end with me as the winner.

An interesting fight that is coming up in the Welterweight division is Harut Grigorian vs. Endy Semeleer at GLORY Rivals 1. What do you think of this fight?

That fight card is great, lots of great fights. These two fighters are my competitors so I'm definitely going to check it out. I watched a few fights of Semeleer a while ago. I think he's a good fighter and perhaps a serious opponent in the future.

You are now fighting in the Welterweight division. Are you also interested in fighting at a different weight?

Is there anything you’d like to say to GLORY fans?

I'm working hard for all the fans. I am training hard and working on my rehabilitation. I take the sport seriously so that I can spoil the fans with beautiful fights.