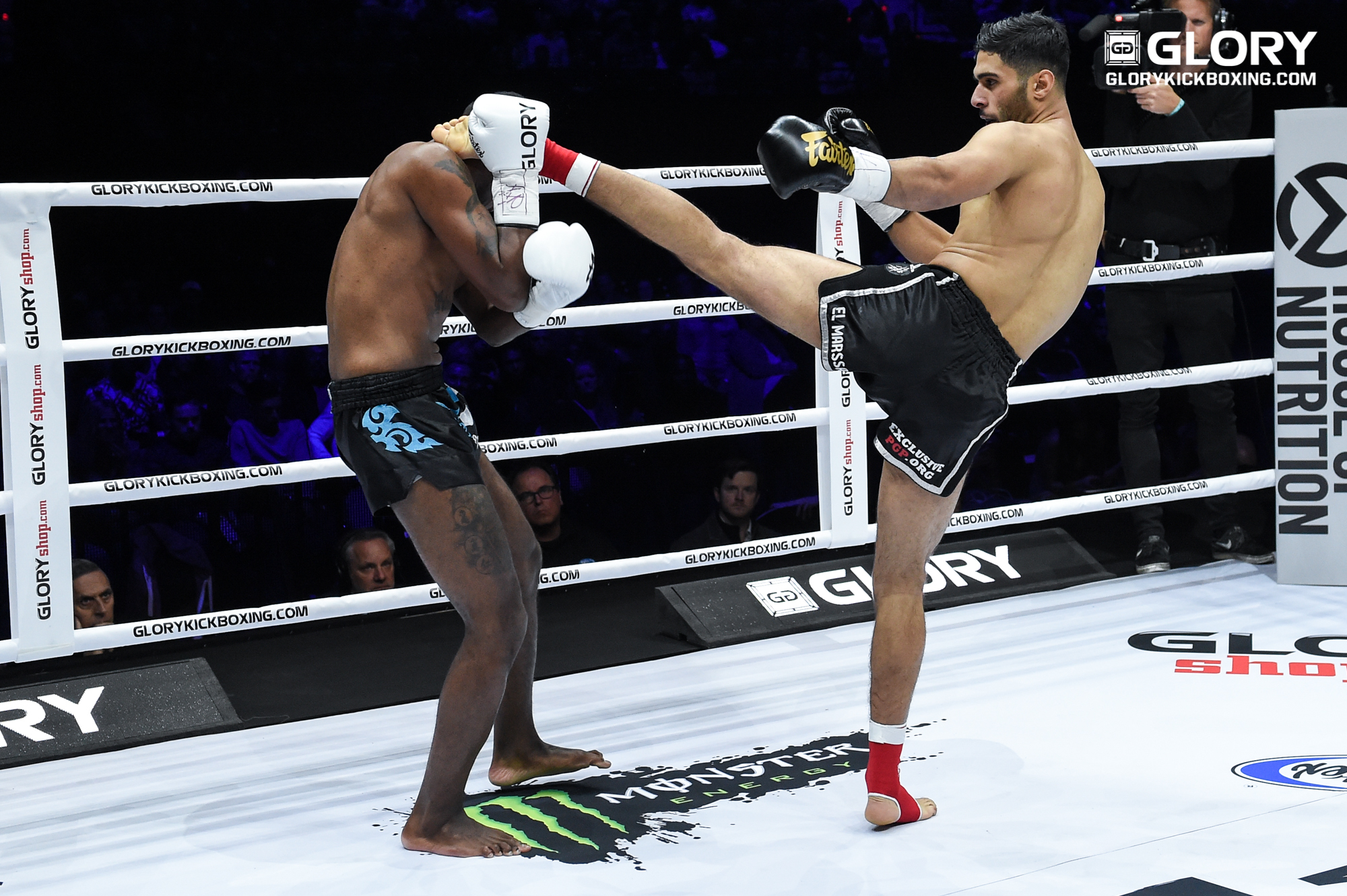 Hamicha head kick takes Simson out in first round

Simson went to work with leg kicks from the opening bell. The 22-year-old Hamicha countered with punches to the body.

He continued his attack, rocking Simson badly along the ropes. Simson did his best to cover up, but Hamicha was relentless with his punches.

Just as Simson appeared to recover, Hamicha unleashed a left head kick that sent an unconscious Simson crashing to the canvas.

The thunderous strike didn’t even prompt a count from the referee, as he immediately waved off the contest.

“It feels really good… amazing,” said Hamicha of his debut.

“My corner said to me, ‘Head kick!’ and you saw it. He was hurt on his liver and his hands were down, so I saw the opportunity.”