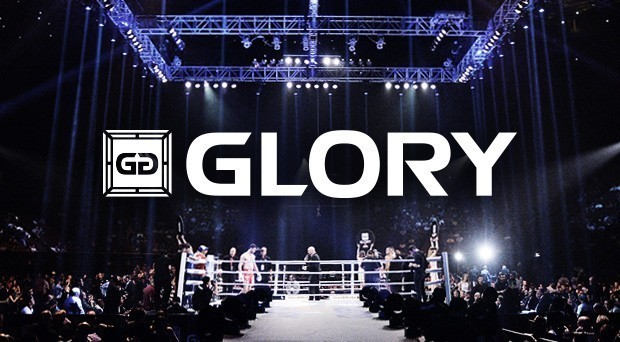 British light-Heavyweight Fraser Weightman (21-1, 15 KO’s) goes into the biggest fight of his career at GLORY 54 BIRMINGHAM next week, when he makes his GLORY debut against decorated veteran Danyo Ilunga.
Weightman rides a seven-fight, four-stoppages win streak into this debut, a remarkable run made all the more remarkable by the fact that, before it began, his career was almost ended by injury.
“I was suffering with bad wrist pain for years, both wrists. I thought it was just a sprain at first but it got worse and worse and eventually I was diagnosed with ECU Subluxation in both wrists,” he reveals.
“What that means is basically the major tendon of the wrist is popping out of the tunnel of bone which houses it, causing instability and severe inflammation.”
The condition required surgery but Weightman had to wait a year for them to be completed, at six month intervals, then spent another year under doctor’s orders to subject his wrists to no impact.
That was eighteen months ago. In the intervening period he has scored seven wins and captured ISKA British and Commonwealth titles along the way.
Four stoppages in that win streak prove that his ability to deliver power has suffered no mental or physical ill-effects; when Weightman sees the opening, he’s going for it, and the result is often an opponent on the canvas.
Danyo ‘Dibuba’ Ilunga (58-13, 45 KO’s) is a 13-fight GLORY veteran, one half of the ‘GLORY Fight of the Year 2016’ (along with Michael Duut) and the former light-Heavyweight champion of former premier Dutch organization ‘It’s Showtime’.
He’s an experienced heavy-hitter who has faced the best in the world at this weight. He’s never heard of Fraser Weightman, but the Brit aims to carve himself into Ilunga’s memory next Saturday.
“It’s a big step up, but it’s cool. It’s at the point that I have to test myself. In the last two fights of mine I’ve felt so comfortable, I feel like it’s time for harder challenges,” he says.
“When I first started training I had no intention of fighting, at first. Then I was like OK, let’s see what I can do. That became a desire to test myself; this is the next stage of that.
“Any sportsman has that dream of being the best in the world. It’s easy to talk yourself out of that - nah, can’t happen, won’t happen - but over the last eighteen months, as win has followed win, it’s become more and more real to me.
“A win over Danyo Ilunga puts me right up there straight away, makes me a name. I am down for the challenge. Bring it on.”
GLORY 54 BIRMINGHAM takes place Saturday, June 2 at the Genting Arena in Birmingham, England.
Weighman’s fight with Ilunga Headlines the SuperFight Series section of the card, which streams live via UFC Fight Pass, followed by the GLORY 54 numbered card airing live in the UK on Freesport (Freeview channel 95 / Sky channel 422)