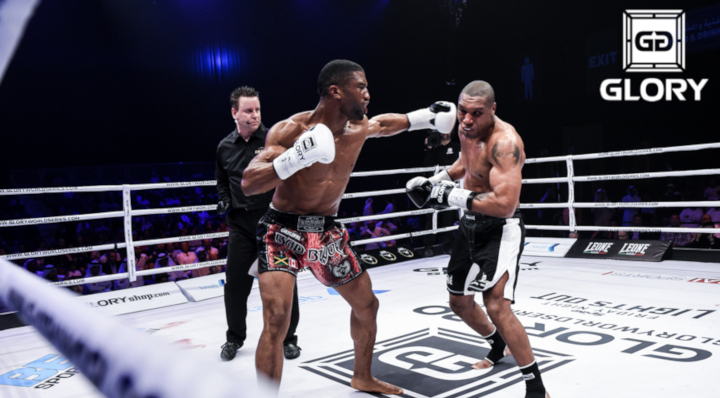 Grudge Match: Wilnis and Marcus to face off a fourth time at GLORY 56 DENVER

Two former champions Headline the GLORY 56 DENVER SuperFight SERIES as Simon ‘The One’ Marcus faces Jason ‘Psycho’ Wilnis in a fight which will step the winner back towards title contention.
Wilnis and Marcus are old foes; they have fought three times before, with Marcus coming out with the win on two of those three occasions. Wilnis is now out to even the scores as well as get himself back in the title mix.
Their saga started in the Middle East, when the two were part of the GLORY 20 DUBAI Middleweight Contender Tournament. Marcus beat Wayne Barrett in the semi-finals while Wilnis had a war with Alex Pereira - who today is Middleweight champion - before losing to Marcus in the finals.
Wilnis had to wait until GLORY 33 NEW JERSEY to get a second crack at Marcus, but it was worth the wait. Wilnis scored a revenge as sweet as it gets when he put a beating on Marcus and knocked him down three times to end the fight by TKO and in the process take the Middleweight title from him.
Both of them went and won their next bouts, WIlnis defending against Israel Adesanya in Los Angeles at GLORY 37. Marcus made the journey to Los Angeles just to be ringside for that fight, where he spent the entire duration of it heckling Wilnis. He could clearly be heard on the broadcast.
Wilnis and his team were furious. A third meeting was arranged, this time in the Danish capital city of Copenhagen. Expectations were that Wilnis would score a repeat of his dominant GLORY 33 win, but Marcus dashed those, making for a gritty encounter.
In the end the judges saw the fight for Marcus, making him the winner by split-decision and putting the world title back around his waist (although it wouldn’t stay there long, as Alex Pereira took it from him in his next outing).
So three fights so far, two of them world title fights, two of them going Marcus’ way. There is no love lost between these two at all, and this should be as heated an encounter as any they have had before.
And if Wilnis comes away with the win? There’s no reason this series won’t go to a best-of-five: he and Marcus would fight each other for free week after week if their schedules permitted.
GLORY 56 SuperFight Series streams live and exclusively on UFC FIGHT PASS at 10 p.m. ET / 7 p.m. PT on Friday, Aug. 10.