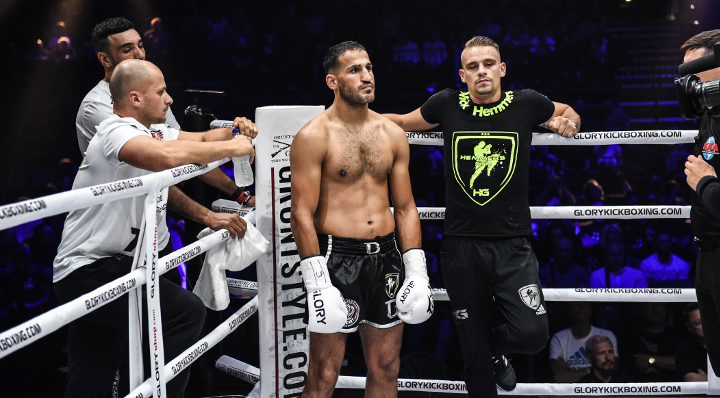 Grigorian was surprisingly patient to open the contest as he looked to navigate the length of Nabiyev. Nabiyev scored with a left high kick before fending off a flurry from the champion.

As they gauged range, Nabiyev begged Grigorian to come forward. They exchanged knees in the clinch late in the round before Grigorian attacked the body of the challenger to close the round.

Round two saw a blistering start from Grigorian. He caught Nabiyev with a series of punches that stood him up. The challenger returned fire, countering the advance of Grigorian with punches and knees.

Grigorian sensed a change in the flow of the fight and he pushed forward aggressively and scored with low kicks. The usually technical Nabiyev opted to trade with Grigorian as the frame expired.

A straight right from Grigorian was the first significant strike to land in the third. Nabiyev continued to stay in range, willingly trading with the power-punching champion.

Grigorian tested the chin of Nabiyev on multiple instances, but the challenger continued to attack.

Down on all five scorecards entering the championship rounds, Nabiyev increased his output.

He opened the fourth with a right knee that backed up Grigorian. Nabiyev fought with urgency, forcing Grigorian to fight on the back foot. Grigorian delivered an uppercut from inside the clinch to swing the momentum back in his favor late in the frame.

Nabiyev was the fresher fighter in the final frame as he sought a finish. A right hand wobbled Grigorian for a moment, but he quickly recovered and answered back. Nabiyev tried to entice Grigorian to engage by taunting, but Grigorian was wise to the strategy as the fight went the distance.

Grigorian was successful in his first title defense, capturing the win on all five scorecards.

“This victory is for my country, Armenia. I am the real champion and I’m going to destroy the whole world. I don’t come to play, I come to hurt other people,” Grigorian said after the fight.