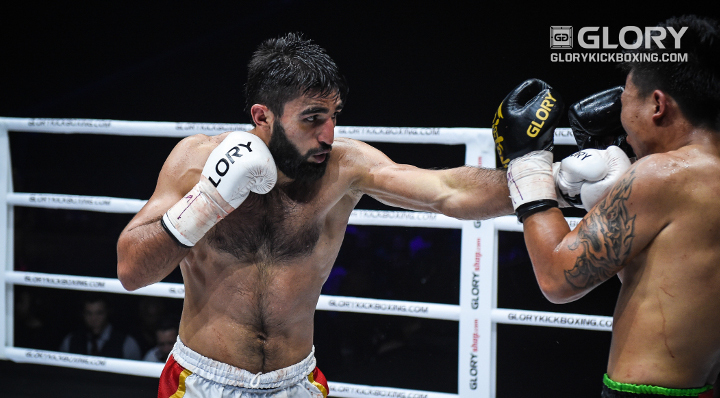 Grigorian used his experience early in the fight, pressuring the younger Xu against the ropes.

Xu tried to keep Grigorian at range, but the veteran delivered uppercuts and hooks to the body. A straight right from Grigorian popped the head of the Chinese fighter late in the round, but Xu survived the round.

Xu was not intimidated by his more experienced opponent, attacking with a series of kicks to the midsection of Grigorian. Grigorian was undeterred, patiently attacking the legs of Xu with kicks and looking for openings in the Chinese fighter’s defense.

Once he managed to draw blood from Xu’s nose, Grigorian picked up his pace, but the round ended before he could translate the injury into anything more final.

Grigorian did not overcommit to anything to open round three. Xu stuck to his strategy of delivering kicks, but Grigorian walked right through them.

One minute from the end, Xu’s mouthpiece went spinning through the air thanks to a nasty uppercut from Grigorian. The Armenian Lightweight smelled blood - literally - but just could not find the finish as the gritty Xu toughed it out.

There was no doubt as to what the judges’ verdict was, as Grigorian cruised to the dominant win.