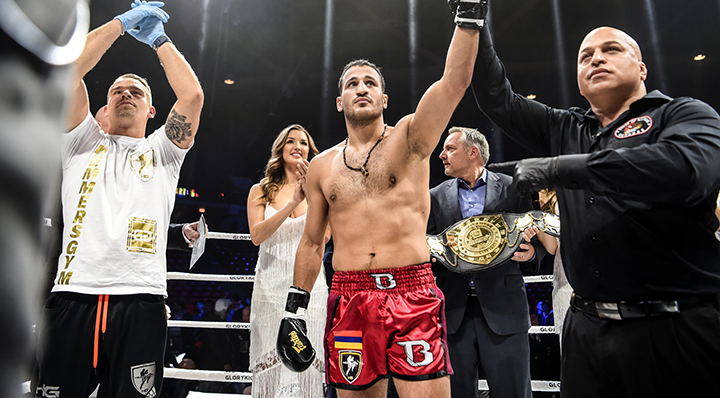 “GLORY is home to the best strikers and most entertaining fighters in the world and Harut Grigorian is indisputably among that number, so we are delighted to keep him in GLORY where he belongs,” said a GLORY spokesman.

Grigorian debuted at GLORY 29 in April 2016 and won the GLORY 44 Welterweight Contender Tournament to earn a title shot against then-champion Murthel Groenhart.

He won by TKO at 2:07 of the first round to become GLORY world Welterweight champion.

That victory was all the sweeter for Grigorian because it avenged a controversial KO loss he had suffered to Groenhart at GLORY 42 the previous year.

Grigorian retained the title against Alim Nabiyev at GLORY 54 before losing it to current champion Cedric Doumbe earlier this year.

For Grigorian, the road back to regaining the world title starts in 2020 with the first fight of his new contract.