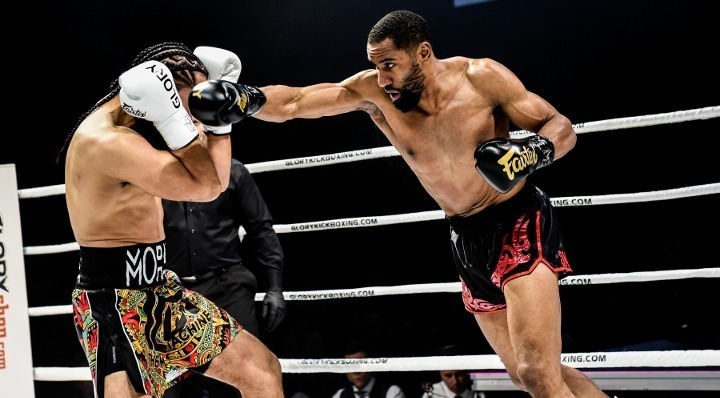 Omari Boyd scored two big wins in one night at GLORY 50 CHICAGO: first he took a split-decision win over Daniel Morales on the SuperFight Series card, then he brought his longtime girlfriend into the ring and successfully asked for her hand in marriage.

It was a heart-warming scene, one which contrasted sharply with the heated battle which had taken place just moments previously. Morales and Boyd both badly wanted the win and left it all on the line over three rounds.

Boyd was making his first appearance since GLORY 21 SAN DIEGO, where he had won a unanimous decision to go 2-0 in the organization.

Between then and now he has been busy and successful in international tournaments, but in 2018 he is looking to get a run going in GLORY and put his name into title contention.

Morales wanted the win just as badly but his motivation was different: 1-4 in the organization and coming off a loss to Richard Abraham at GLORY 44 CHICAGO last summer, he needed to get back in the win column.

Things were close-fought for the duration, Morales continuing to show improvement from fight to fight and Boyd fighting in his customary technical fashion. Yet despite their eagerness, neither could find the decisive blows which would definitively turn the fight in their favor.

Pace and pressure affected both combatants towards the end of the fight, yet still they gritted it out in a close-range war. The fight was competitive and neither fighter held a clear advantage at the end of three rounds, which was reflected in the scoreline.