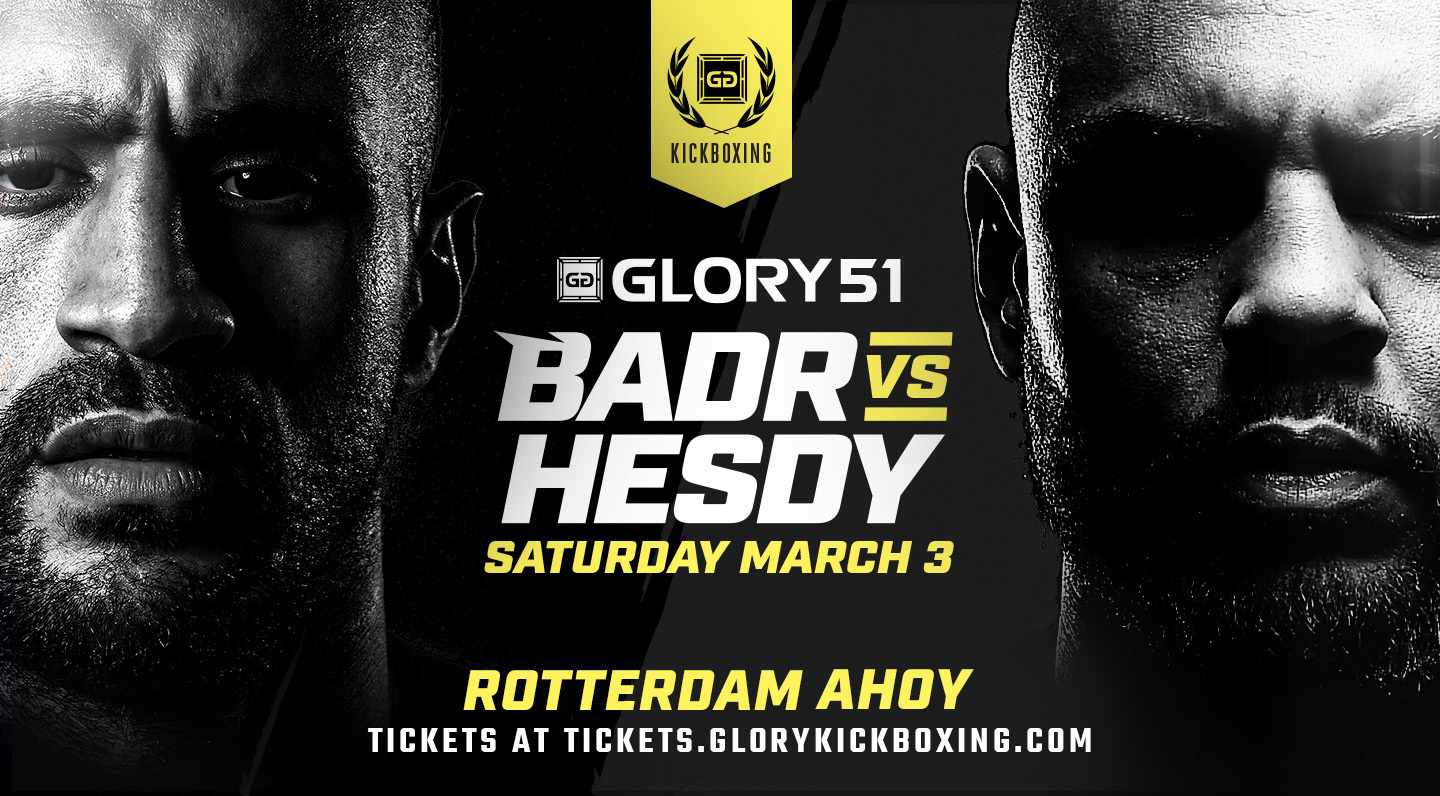 GLORY, the world’s premier kickboxing league, has slated a high-profile rematch to Headline GLORY 51 Rotterdam from Ahoy Rotterdam in the Netherlands on Saturday, March 3.

Last week, the promotion announced the return of renowned Moroccan-Dutch Heavyweight Badr “The Golden Boy” Hari (106-13, 92 KO, fighting out of the Netherlands) on an exclusive multi-fight deal.

Today, Hari’s first opponent under the new agreement has been revealed as GLORY veteran Hesdy “Fighterheart” Gerges (50-19-1, 23 KO, fighting out of the Netherlands).

The Heavyweight competitors have history dating back to 2010, when tensions ran high around a memorable first meeting promoted under the It’s Showtime banner. During the second round, Hari knocked Gerges down and kicked him while still grounded, leading to Hari’s disqualification and Gerges being named It’s Showtime Heavyweight champion. The unexpected result shocked the Dutch crowd and has given way to a rematch over seven years in the making.

Starting tomorrow, Dec. 19 at 9 a.m. CET, fans that signed up for early access will be able to purchase tickets for GLORY 51 Rotterdam by entering their pre-sale code at tickets.GLORYkickboxing.com. The 48-hour pre-sale ends when tickets go on sale to the general public.

Tickets for GLORY 51 Rotterdam go on sale to the public at 9 a.m. CET on Thursday, Dec. 21 and can be purchased at tickets.GLORYkickboxing.com.

GLORY 76 Badr vs Benny Airing For Free On Pluto TV